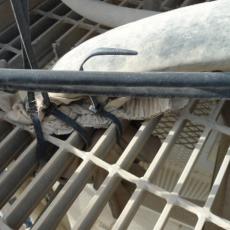 At a multi-unit facility, it was observed that most of the certified emissions monitoring system sample tubing heating circuits indicated open continuity. The heating circuits are important to maintain transported sample temperature needed for CEMS accuracy (emissions compliance).

After a brief investigation it became clear that the installation was performed by construction personnel that did not understand the sensitive nature of the tubing assemblies.

Engineering properly cascaded the OEM requirements of not less than a 20.5 inch bend radius into the construction drawings.  The OEM information was also available to the Contractor staff.  However, the sample tubing was observed to be strained by being conformed to tight radius cable tray, pulled taught over edges of grating, and in some cases poorly tied with nylon ties that broke leaving the tubing to move with the wind.

All these visible defects were in addition to the probability that the equipment was mishandled during installation.  All of the sample lines at each CEMS installation have bend radius below 20.5 inches in... Read more

Minimal to no cost savings by performing an unsupervised installation.

Recently EPR evaluated a facility, which among other difficulty, suffered from a condition that is unusual but serious in that essentially all the nylon cable (zip) ties were defective.  While the zip tie is a wonderful time saving and usually effective component widely used to affix electrical cables, it must remain unaffected by its environment to remain durable over time.

In this instance, the plant was less than two years old and located in a high UV zone.  This defect was so severe that gently touching the installed tie would cause a brittle failure.  The plant was littered with failed zip ties that had fallen from tray systems and cable installations.

One supplier used by the contractor indicated in the technical literature that the ties are compliant with NEC, meaning Nylon, UV, weather, seawater, and oil resistant type from Panduit /T&B or equivalent.  However, those ties have failed almost universally.  While some cursory research was performed on the ties, it is not clear exactly why the ties were brittle and failing, but they certainly all needed replacing.  The real... Read more

Contractor: Somewhat time consuming, especially in an operational plant.  Owner: Outage events and unpredicatablity are hard to quantify, but even a single lost generation day is expensive. 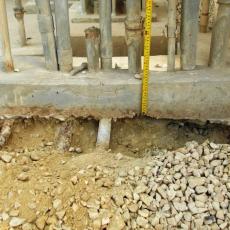 There are several important reasons to concrete encase underground raceway (rigid and PVC conduit) that carry power and control cables.

At a newly completed powerplant, the EPC Contract clearly stated: “All underground cables are installed in underground duct bank consisting of concrete encased duct: Hard polyethylene or rigid galvanized steel conduits as per ANSI C 80.1.” It goes further with detail but does not allow direct bury cables and articulates a minimum depth of cover. Engineering understood the implications and cascaded the contract/code requirements into the construction drawing details, which were available to the construction team.

Upon casual observation, the ductbank risers (concrete exposed above grade) did not appear "correct".  Detailed investigation revealed there was effectively no ductbank.  In some cases, rigid conduit was inserted into soil, perhaps 24” deep and then simply ended, leaving a direct bury cable condition.  In other cases, groups of conduit were encased in concrete risers, giving the “impression” a ductbank existed.  However, upon removing 6” of adjacent... Read more

Certainly, some marginal cost was saved, as well as, sometime early in the project. Almost certainly not a critical path activity (No LD savings). 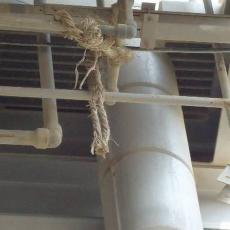 Piping, particularly hot services (Steam, Feedwater, Condensate), are engineered systems.  The stresses induced on the piping, fittings, and valves are controlled through purposeful routing, hanger locations, and hangar properties.  This is very important to the longevity of system components.  Thermal cycles and other transients accumulate stress-induced damage with time leading to failure, if incorrectly installed.  Plant reliability and personnel safety are dependent on proper implementation of the engineer's design.

Given their status as “engineered components” it is hard to reconcile the lack of attention-to-detail observed in the installation of supports/hangers in many recently inspected plants.  In some cases, the contractors have been so sloppy as to not even finish installing the required supports/hangers.

After a support/hanger is installed, the contractor must also follow up to assure it's correctly setup (commissioned).  Usually, this necessitates a QC step to assure the installation is correct, followed by documented verification of the “hot settings”, and then... Read more

Contractor: Usually not very costly.  Owner: Can be costly, because of the outages caused by even small piping failures/leaks.